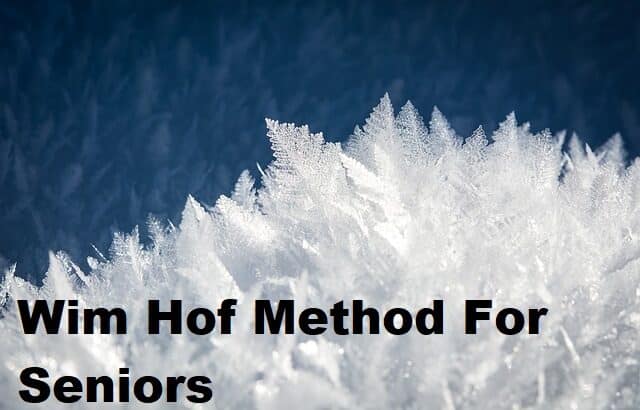 Welcome friend! In this article you will learn about the Wim Hof method for seniors. What it is, is it safe, and is it something you should include in your wellness routine.

You’ve probably heard of Wim Hof or his method from a friend or maybe you have seen his documentary or YouTube videos. There are a lot of health benefits that proponents of the method claim.

I personally found out about the method about 5 years ago after I saw his Iceman document. In case you didn’t know, Wim is famous for performing seemingly superhuman feats in the cold that anyone can do following his methods.

He’s set several world records for cold exposure, hiked at Mt. Everest in only shorts, etc. But the most intriguing part is that he teaches the method that allows him to endure extended cold exposure.

More importantly, he and his followers are claiming to gain many benefits from the method, like improved immune system function, increased energy, reduced anxiety and depression, stress relief, improved circulation, etc.

His method consists of mainly two components: Breathwork and cold exposure. I’ve tried both of these extensively but I haven’t attended an actual Wim Hof method course so keep in my mind that my experiences are based on free tutorials I’ve found online. Wim has several of his own on his YouTube channel for example.

I’m guessing you are as intrigued as I was when I first heard of the method and are wondering if there are any risks involved and if it’s worth the trouble. Let’s find out!

Who Is Wim Hof

So who exactly is Wim Hof?

Wim is a Dutch gentleman that has become known as “The Iceman” due to his feats in extreme cold. He was born in 1959 so at the time of writing this article he’s in his sixties and he has been doing the whole cold exposure thing apparently since he was a teenager as he found out it helps to silence anxiety-provoking thoughts.

He started developing his method in the 90s after a tragedy in his personal life, the loss of his wife. Apparently he found out that combining breathwork techniques and meditation with cold exposure helped him cope with his loss and mental health.

He has also cooperated with the scientific community to study some of the physiological effects of his method. There is some evidence that his method can lead to a suppressed immune response to endotoxins but most of the claims of his methods have not been scientifically proven.

You have to keep in mind that it would require long-term research with a large population to prove anything definitive to your long-term health. This means that the method might actually offer benefits, but we do not know if there are possible negative long-term effects either. I’ll talk about that a bit later on.

What Is The Wim Hof Method

The Wim Hof method, as I know it consists of two things, breath exercises that change your inner chemistry and prepare you for the second part which is the cold therapy. Meditation is part of the program as it comes with breathwork and cold therapy, the method teaches you to be in the moment and to observe your reactions, both key components to meditation.

A key element is also commitment. You decide that your are going to go through the exercises and just stop questioning yourself and just do them. This teaches patience and dedication.

It is said that the breathwork is similar to the ancient breathing practice of Tummo, where monks used breathing to activate Tummo, the inner fire, to withstand extreme cold.

Most people do the cold exposure part simply by taking a cold shower but if you have access to a cold water pool or a freezing lake, those are better.

Typically the method involves three rounds of breathing exercises followed by a cold exposure that you gradually increase in duration daily. For example, starting from a minute in a cold shower to something extreme like  20 to 30 minutes in a freezing lake (the latter is very dangerous if you don’t know what you are doing).

The whole idea is that the breathwork makes enduring the cold a lot easier and the gradually increased time spend in the cold allows your body to adapt to the new stress.

You might be interested in how the breathwork works. It basically involves cycles of hyperventilating and breath retention. For example taking in 30 deep breaths and then holding your breath for a minute. After the hold you take a deep breathe in and hold it for 15 seconds or so.

The idea is to increase the breathe hold over time. If you perform these exercises you will find that you can hold your breathe a lot longer than your natural breath reflex tells you to.

This is also where probably the greatest danger of the methods lies. There are suspected cases of death of people who have performed the method in water and drowned. Disregarding the breathe reflex can cause you to black out. If you do this alone in water, you can probably understand what could happen.

Below is an example of the breathe work from Wim Hofs YouTube channel (an embedded link, I don’t own the video or any rights to it). I recommend you read the next chapter about possible dangers before trying it.

My personal theory is that hyperventilation allows you to push your body past the automatic breath reflex, which will essentially tell your central nervous system that you are drowning.

This in turn will lead to a release of adrenaline as the fight or flight response kicks in. Your body prepares to do whatever it takes to survive. You breathe in before you lose consciousness and can experience some euphoria as your brain was intermittently deprived of oxygen. I suspect some of that euphoria is the adrenalin kicking in.

The effects of adrenaline on your pain threshold are well known. People can become completely numb to pain when their life is at stake. So a little cold shower doesn’t feel that bad to your body when it is fighting for survival.

Now is this healthy? Like I said before it’s hard to tell since we don’t have enough data. And this is just my own theory based on my observations. In any case, I would err on the side caution, especially for seniors.

Both the breathwork and cold exposure are stressors that can affect the homeostasis of your body. It’s very hard to cause anything fatal if you are young and healthy, but older people need to consider heart health and other possible illnesses.

That’s why it’s probably not a good idea to try Wim Hof method on your own. If you are generally healthy I recommend finding someone who has experience with the method that can monitor and guide you in person.

If you have any long-term health issues, especially related to heart health or blood pressure, talk to your doctor first. Then if you feel like you still want to continue, find a teacher of Wim Hof method who has experience with working with seniors.

Benefits of The Wim Hof Method

As I said in the beginning, I have actually tried the method quite many times in several periods during the past five years.

The most important benefit for me is the fact that just by doing the breathing exercises, you can change your mood if you are stuck in a bad place emotionally. So I’ve actually used the breathwork more than the cold exposure.

I’ve also found that the cold exposure can give you a pretty ecstatic feeling, very similar to the way you feel after a good run. I guess it’s the endorphins kicking in. This is also similar to how you feel after ice swimming that you can do here up north. Naturally, since they are basically the same thing.

All that said I haven’t found the cold exposure to have any significant benefits to cognition or mood really. One thing it does help with is enduring cold weather. When you take the daily cold showers, you will feel warmer. So I guess it might improve circulation and thermogenesis.

I’ve also found that doing the breathwork and cold exposure can also leave me a bit exhausted sometimes, especially if I’m stressed. I suspect this is because they are essentially stress on your body, which adds to all the stress you already have.

That said, controlled stress can and will make your body stronger if it’s not overdone. That’s why I consider this method as a tool that I can use when I feel like my body needs the jolt it provides but I’m not overstressed. I think of it as like exercise, it’s all about the right amount. Too little or too much will lead to bad outcomes.

The breathwork is also a good gateway to meditation, but I think it’s a bit intense. It takes you to a meditative state by basically fluctuating the oxygen available for your brain. There’s no data if this is healthy and safe in the long term.

Meditation is highly beneficial and I recommend it to everyone, but there are far gentler methods than intense breathwork (even though it has its place).

I hope you found this article about the Wim Hof for seniors useful and it answered some of your questions about the subject. If you have any questions you can leave them in the comments section below and I will get back to you.

The Wim Hof method can offer you a way to challenge yourself, learn new things about your body (even for seniors) and get you into meditation.

There are some claims of the benefits of the method but they are mostly anecdotal. That of course doesn’t mean they are true, that just means that the effects haven’t been studied enough.

For the same reason there might be health risks involved, so I recommend you only try the method under supervision and after discussing it with your doctor.

Thanks fo reading and see you next time! Remember to share the article with your friends if you liked to content. 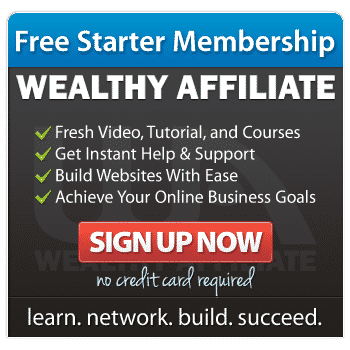