Paleo diets are very trendy at the moment. But are they actually useful and healthy? Today we will talk about paleo diets for seniors.

I bet you have seen articles about paleo diets in health magazines or even the newspaper. Paleo has become a huge trend during the past decade or so. To the extent of becoming a cult in some cases.

There are all sorts of claims made about the health effects of paleo diets and why it’s superior to modern diets and food sources.

But there is actually a lot of controversy in these claims. Paleo can actually be very beneficial for your health but it’s not due to avoiding modern food sources like many people seem to think.

To make things even more complicated paleo is not a single diet, it’s actually an umbrella term for many diet components. You can build healthy or unhealthy diets based on the “paleo” foods.

But what exactly makes paleo possibly healthy and what does the term pale even mean? Read on to find out.

What Is a Paleo Diet

Paleo is short for paleolithic, meaning the stone age. Paleo is based on foodstuffs that arguably were available for our ancestors during the paleolithic era.

The logic with the paleo diet is that our paleolithic ancestors had eaten the same foods for tens of thousands of years and thus had much more time to adapt to consuming them.

Then agriculture and forming societies some ten thousand years ago changed everything. We started cultivating crops, milking cows and processing our food.

Then comes the modern-day where most of our food is highly processed and grown through industrialized agriculture which results in lower amounts of micronutrients.

Our foods contain chemicals like trace amounts of pesticides, antibiotics, and microplastics. They also contain a lot of chemical compounds that are intended to enhance the flavor, consistency and shelf life.

Now, this all happened in a couple of thousands of years in most parts of the world and the industrial revolution of food in the last couple of centuries. So virtually in a blink of an I for the humankind.

The proponents of Paleo diets claim that this has not been enough time for humans to adapt to the seemingly enormous change in diet ingredients. The claim is that modern processed foods, as well as products of agriculture, like grains and milk products, are the source of modern health issues like obesity, type 2 diabetes, and atherosclerosis.

To remain healthy, you should instead eat foods that were available to our paleolithic ancestors. This naturally includes meats and fish, berries, nuts, and many vegetables.

Tubers like potatoes are either allowed or banned depending on who you ask. They are often produced in an industrialized manner but their unrefined natural forms were arguably available in paleolithic times.

Is Paleo Diet Healthy for seniors?

Well, it depends. Paleo isn’t a one single diet plan, it just dictates what foods you can eat if you want to follow it. There are still plenty of ingredients to choose from and they have different health effects according to the latest scientific research.

No matter what paleo foods you choose to eat, the acute effects on your health are likely positive. There is some evidence that a paleo diet helps to lower blood glucose levels, reduce inflammation and help with weight loss and weight control.

That said there is ample evidence that for example, red meat in large amounts combined with high amounts of saturated fat can have serious negative health effects in the long term. The main ones being atherosclerosis and different forms of cancer.

On the other hand, if you follow the first example and mainly eat fatty fish, nuts, berries and fruits it likely that you will see significant health benefits compared to a standard American diet for example.

And this actually the reason paleo works so well for many people.

The Truth Why Paleo Works

The claim that paleo works because we haven’t adapted to modern food sources isn’t really based on evidence. We humans as a species have evolved to be very adaptable to our environment and are truly omnivores. We can survive on many kinds of diets, even extreme ones.

Of course, there is the argument that surviving isn’t the same as optimal for health but you have to understand that we have already had hundreds of generations to adapt to things like milk and grains. The fact that some people can consume lactose and others can’t is a good example of this evolutionary trait.

The truth why paleo works so well is not based on evolution but on the fact that it’s based on unprocessed whole foods that are relatively low in calorie density, relatively high nutrient density and contain significantly fewer sugars than standard American diet for example.

All these things combined mean that paleo foods are relatively healthy. Simply put, paleo foods are filling, nutrient-rich and low in calorie density. This means eating a significant caloric surplus on them is actual work.

The glycemic index and amount of carbohydrates in the paleo diet are significantly lower than in standard American diet for example.

This is the real reason why paleo is healthy for you, not the claimed evolutionary restrictions. The reduction in inflammation comes from the fact that you are not constantly overfeeding yourself and because you are likely losing weight.

The Problems with Paleo

The greatest problem with Paleo, in my opinion, is that it’s overly restrictive and excludes some foodstuffs that are both affordable and scientifically proven to be beneficial for health. 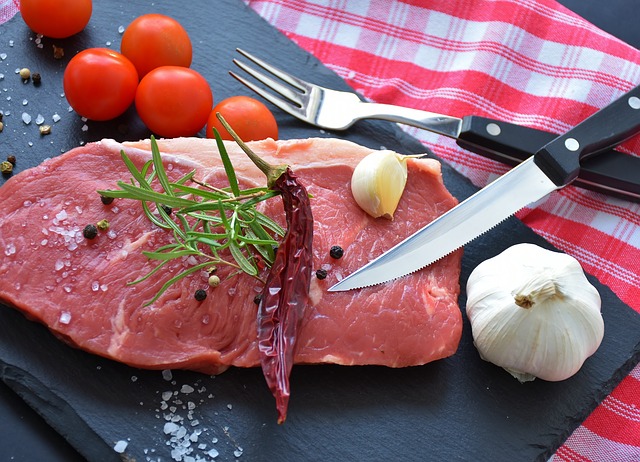 There is also a subset of paleo which is based on eating only read meat and maybe eggs. Some of these proponents even consume these raw. The reasoning is that many people in the past survived on hunting alone. While this might be true and it’s completely positive to survive on fatty meat alone as long as you get a bit of vitamin c from somewhere, the evidence suggests that you are taking a huge risk on your long term health.

Restrictive diets are associated with negative obsessive behavior and diet-induced anxiety. You should try to maintain a healthy relationship with food.

There is also some cult mentality associated with Paleo like many other restrictive alternative diets. Advocates think that all modern diseases are caused by diet alone and overemphasize the effect of diet on your health. They treat the diet like religion and don’t accept alternative arguments or ideas.

Lastly, most foods that people think are paleo are not actually as similar to the foods our ancestors ate. Our vegetables and fruits are bred and refined, so is meat. Unless you can survive on game and berries you collect from the forest, you aren’t actually eating true Paleo. This simply not possible for the whole of humanity, we need agriculture to survive on a large scale.

I hope you found this short introduction to paleo diets for seniors useful. If you have any questions, please leave them in the comments section below.

Paleo diets can definitely be useful for weight management and have beneficial health effects. But the key take away is that it’s not because due to evolution or anything like. It’s simply a matter of restricting your diet so that you are only left with food ingredients that are nutrient-rich and low in calorie density.

Paleo diets are similar to ketogenic diets in the way that they restrict whole food or macronutrient groups and advocate the use of satiating ingredients. This way you will lose weight seemingly effortlessly without feeling hungry.

This is why I think that paleo is a completely reasonable diet when planned properly. If you find it enjoyable and not too restrictive, it might be perfect for controlling your weight. That said it’s nothing magical.

You can achieve the same results by including beneficial whole foods like low-fat milk products and whole grains in your diet. Your body doesn’t care how the food was produced, it cares what it contains. Calories, macronutrient distribution, fiber and micronutrients being the main variables.

If you enjoyed this article, please subscribe to my newsletter (which you can find under this free strength training program), bookmark my site and share it in social media.